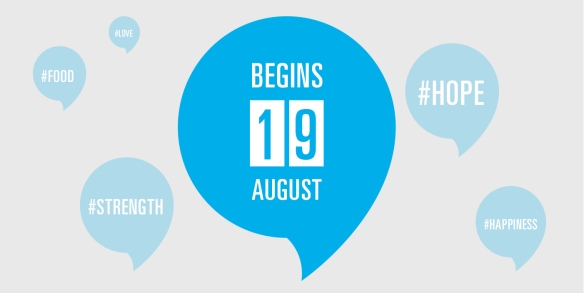 The World Humanitarian Day is a day dedicated to the recognition of humanitarian personnel and those who have lost their lives working for humanitarian causes. It was designated by the United Nations General Assembly as part of a Swedish-sponsored GA Resolution A/63/L.49 on the Strengthening of the Coordination of Emergency Assistance of the United Nations. It marks the day on which the then Special Representative of the Secretary-General to Iraq, Sérgio Vieira de Mello and 21 of his colleagues were killed in the bombing of the UN Headquarters in Baghdad. It was the bloodiest attack targeting the UN in all its history.

The humanitarian ‘community’ works in situations of disaster and armed conflict according to four basic principles that were established at the beginning of humanitarian action, with the birth of the Red Cross movement and International Humanitarian Law (IHL). Those principles remain untouchable although humanitarian workers have suffered in recent years in a span of situations that may put them in danger, hence adding difficult times to the situation of people affected by conflict and to the workers themselves.

In this day, it is worth remembering those principles:

–      Humanity: Human suffering must be addressed wherever it is found. The purpose of humanitarian action is to protect life and health and ensure respect for human beings.

–      Impartiality: Humanitarian actors must not take sides in hostilities or engage in controversies of a political, racial, religious or ideological nature.

–      Neutrality: Humanitarian action must be carried out on the basis of need alone, giving priority to the most urgent cases of distress and making no distinctions on the basis of nationality, race, gender, religious belief, class or political opinions.

–     Independence: Humanitarian action must be autonomous from the political, economic, military or other objectives that any actor may hold with regard to areas where humanitarian action is being implemented.

The initiative of the World Humanitarian Day is the outcome of the efforts of the Sérgio Vieira de Mello Foundation and his family, working with a group of friend countries to make advance the draft Resolution in the General Assembly. Ultimately the recognition has ensured that the tragic loss of Vieira de Mello and his 21 colleagues and all humanitarian personnel who have made the ultimate sacrifices in relieving the suffering of victims of humanitarian crises will not be forgotten.

A national of Brazil, Sérgio Vieira de Mello dedicated a lifetime spanning over thirty years in the United Nations, serving in some of the most challenging humanitarian situations in the world to reach the voiceless victims of armed conflict, alleviate their suffering and draw attention to their plight. The Foundation views the World Humanitarian Day as a tribute to all humanitarian personnel who have made the ultimate sacrifices to make the world a better place for all victims of humanitarian crises.

In 2010 the focus of this day was the actual work and achievements of humanitarians with the theme “We are Humanitarian Workers”. In 2011 it was “People Helping People” and in 2012 it was “I Was Here”. The social reach of the campaign is more than 1 billion people around the world.

This year the project is called “The World Needs More….,” and aims to turn words into aid for people affected by humanitarian crises. If you want to know more you can visit the website of the World Humanitarian Day and start by adding your word. Events will be held in more than 50 countries around the world.